Salt: Too Much or Too Little Can Kill You 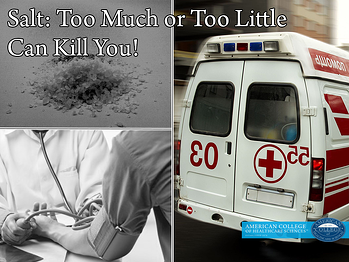 I was traveling in India in the ’90s when I first discovered the power of salt. It was extremely hot and my legs started to swell so badly my ankles were the same size as my thighs…. Now that is a bad look!

I visited an Ayurvedic doctor and was told, “Oh, you need to add salt to your diet.” In my naturopathic training, I had been taught to avoid salt and had covered all of the dangers of a high-sodium diet. But, I followed the Ayurvedic doctor’s advice, and within a day, my ankles were back to normal.

Battles have been fought over salt, so there has to be more to this story right?

Like you, I think a lot about what I am eating. Am I eating enough greens? Too much sugar? Am I getting enough fiber and enough protein? How much sodium do you need? It’s no easy task to objectively assess your diet, especially with all the conflicting information out there. So what is the final word on salt in our diets?

A new study out of the New England Journal of Medicine (NEJM) suggests that current recommendations to lower your sodium intake could be unhealthy.[1] However, two other studies also published in the NEJM continue to reinforce the nutritional wisdom that too much sodium can have serious impacts on your cardiovascular health.[2][3] Upon reading this, my first thought was: Great. Something new to worry about!

Is Salt the New Cholesterol Myth?

We’ve been told for years that increased salt intake results in higher blood pressure, and that high blood pressure is attributed with higher risk for heart disease, stroke, and other conditions.[5]

Currently, the American Heart Association (AHA) recommends that we consume a maximum of 1,500 milligrams of sodium per day. They also report that, currently, most American’s consume approximately 3,400 milligrams per day! Essentially, we’re consuming double the recommended amount.

Heart disease is a leading cause of death in America, but once again, two new findings have health enthusiasts rethinking their dietary choices:

These new findings have some experts re-thinking the recommended sodium intake. Is salt bad for you like previously thought? Or is salt good for you? But before you run out for that fresh, warm, extra-extra-salt pretzel…

This new research doesn’t necessarily mean that you should stop paying attention to your sodium intake. After all, if anything is clear, it’s that too much or too little salt can pose severe health risks.

What to Do? Eat Real Food.

So how can we avoid all of this? Or, at least, mitigate our risk? By maintaining our holistic nutrition and eating a balanced diet of real, organic, whole foods! After all, salt and cholesterol naturally occur in a lot of our food. For example, did you know that:

Do any of these surprise you? Let me know in the comments! 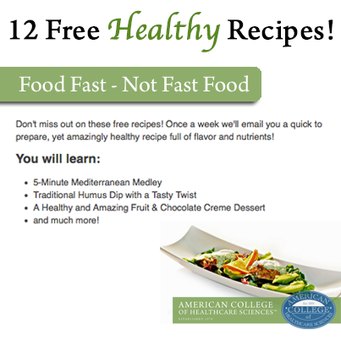 [4] Attia, P. (2012, July 17). How did we come to believe saturated fat and cholesterol are bad for us? The Eating Academy [Personal Blog]. Retrieved from: http://eatingacademy.com/nutrition/how-did-we-come-to-believe-saturated-fat-and-cholesterol-are-bad-for-us

[7] Sodium intake in populations. (2013). (Brief). Institute of Medicine of the National Academics.

[15] Newman's Own. (2014). Balsamic Vinaigrette. Newman's Own. Retrieved from: http://www.newmansown.com/products/newmans-own-balsamic-vinaigrette-dressing/