Why Latin Binomials are Important for Herbs | achs.edu 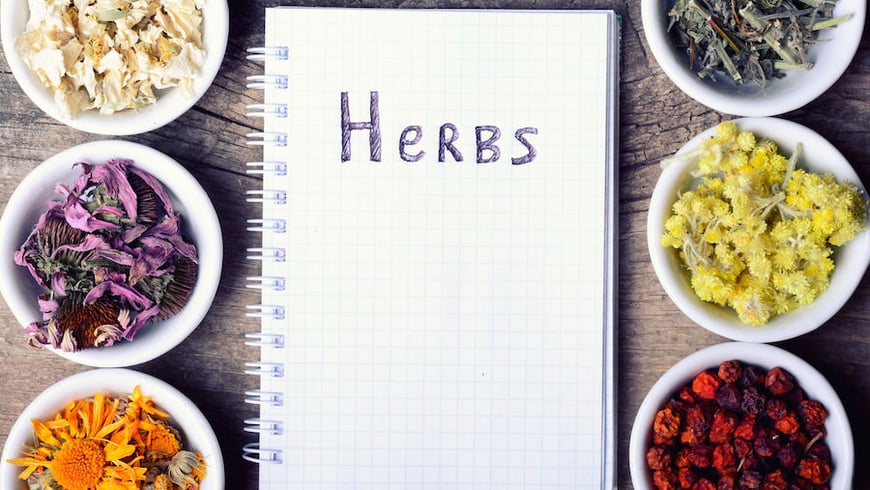 What’s in a Name? Why Latin Binomials are Important

As every ACHS student of herbalism quickly learns, the use of Latin terminology in herbalism is essential. Common names for an herb may be used for several quite different herbs. The only way to determine that you have the plant you want is by the Latin binomial; the use of specific Latin names is international.

That Latin name applies to only one specific plant. And there are even different Latin names for what we might assume are the same plant, but they are actually different species. The example most often given is lavender. Lavender is one of the most popular herbs and essential oils in Western herbalism. Lavender Lavandula spp. is, however, a genus of 39 species.

Lavandula angustifolia (Mill.) is the lavender species most grown and most preferred by herbalists for its soothing action. Other hybrids of lavender (often called “lavender,” too), like lavandin Lavandula intermedia (Emeric ex Loisel.), may contain differing constituent profiles and can be stimulating, rather than relaxing. Without the proper Latin name, you can be in for a surprise and end up wide-awake rather than sleepy. So if you want to chill out, get yourself some L. angustifiolia. Simple, right? Not so simple.

Lavandula angustifolia is synonymous with Lavandula officinalis (Chaix). So just to complicate things a little, the relaxing herb you want has two correct Latin names. Got it?

Are all betonys the same?

Stachys officinalis is a nervine similar in actions to skullcap, lemon balm, and lavender. It is a mild herb with versatility beyond a nervine, and a good herb to get to know for your own favorite nervine herbal allies.

Modern herbalists mostly avoid the “betony/wood betony” common names of these two useful herbs (and any confusion) and refer to S. officinalis as “stachys” and Pedicularis as “pedicularis.”

If you are a wildcrafter harvesting your local Pedicularis species, be sure to know its correct Latin binomial. No doubt you will meet another herb nerd and he or she will want to know the species you wildcraft.

The issue of herb names is difficult enough just dealing with well-know North American and European herbs. But the herb world is becoming a village, and the East and West are adopting and exchanging each other’s materia medica.

Full disclosure: I am trained in both Chinese and Western herbalism. And, I don’t like the idea of distinguishing herbs by a direction on the compass.

Dandelion, for example, is dandelion no matter where it grows. The Chinese may call dandelion pu gong ying and gather Taraxacum mongolicum (Hand.-Mazz), while Western herbalists and those who practice Ayurveda may use Taraxacum officinale (F.H.Wigg.) and an Ayuvedic practitioner may call it Simhadanti (Sanskrit) or Dudal (Hindi).

Similarly, another case of multiple and confusing names is with the popular adaptogenic herb Holy basil Ocimum sanctum (L.). Years ago, I was given several holy basil plants by a friend from India, and was admonished in a kindly manner to call it by its correct name, Tulsi (The Incomparable One).

But, that is only where the difficulty begins. There are several cultivars of O. sanctum and all are generally called holy basil. We have Amitra, Kapoor, Kishna, and Rama. Each with slightly different constituent profiles and differing potency in herbal actions.

But wait, that’s not all. Ocimum gratissimum (L.) is also a Holy basil. And, Ocimum tenuiflora (L.) is a synonym for O. sanctum. Perhaps, in this case, it is better to know the traditional Ayurvedic names for Tulsi cultivars, rather than Latin binomials. (A study on the various cultivars of Tulsi is highly recommended it you intend to use and grow O. sanctum.)

Calling several species or cultivars by the same name is not uncommon in Chinese herbal medicine either. Cat’s claw, or gou teng in Mandarin (“hooky branches,” in translation), can be Uncaria rhynchophylla (Miq.) Jacks., Uncaria macrophylla (Wall.), Uncaria hirsute (Havil.), Uncaria sinensis (Oliv.) Havil., or Uncaria sessifructa (Roxb.)! None of which are the species most commonly used in the U.S.A., Uncaria tomentosa (DC), or that which is used in Europe, Uncaria guianensis (J.F.Gmel.). Yet all are thought of as the same herb with quite similar actions and medical indications.

Are you thoroughly confused? We’re not quite done yet.

As modern herbalism adopts herbs from exotic climes, they may be attached with new common names that never existed previously. This is done, I suspect, to sell us a new and trendy herb that might otherwise be purchased for much less.

I can think of no better example than the Chinese herb that has come to be known as “goji berries” or “Tibetan goji berries.” Let me be clear. Until quite recently, there was no herb known as “goji” and the true herb does not grow in Tibet.

In China, where it is grown in abundance, it is called gou qi zi. The Latin name is Lycium chinense (Mill.). Common names are wolfberry and matrimonial vine. Admittedly, goji may be easier to pronounce by the consumer than gou qi zi; further, adding an exotic locale, such as Tibet, to the name might persuade a consumer to pay twice the price for it at the health food store than might be found in Chinatown. On the plus side, the pricy health food store L. chinense is likely organically grown and unsulfured. So there is that.

It seems that as we enter a unified global herbalism we may have to be able to converse in terminology from many languages.

At the very least, knowing your Latin binomials may save some confusion when attending an herb lecture in which the speaker uses only Latin names. He or she may, for example, refer to Ceanothus americanus (L.) (Challenge: Look it up.), and as you struggle to write the name down phonetically and turn to the person in the chair next to you with a panicked look in your eye, you will truly understand the need for knowing your Latin names. And perhaps some Sanskrit and Mandarin herb names, too. 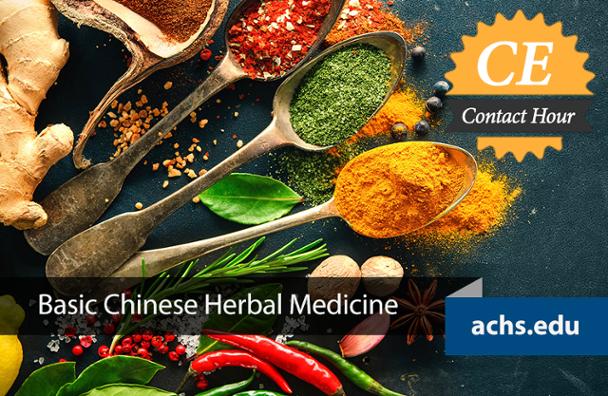 Disclosure of Material Connection: I am a Professor at American College of Healthcare Sciences, the Institution that publishes this blog. However, all opinions are my own. This blog may contain affiliate links. I am disclosing this in accordance with the Federal Trade Commission’s 16 CFR, Part 255: “Guides Concerning the Use of Endorsements and Testimonials in Advertising.”

ABOUT SCOTT STUART: Scott is the ACHS Herbal Medicine Department Chair and teaches herbal studies at American College of Healthcare Sciences. His love of herbal medicine, Chinese martial arts, and Taoist philosophy called him to change careers from journalism and photography to Traditional Chinese Medicine. Scott has completed a four-year Master's program in Acupuncture and Oriental Medicine at the Oregon College of Oriental Medicine in Portland, Oregon. Scott is a former Vice President of The Clackamas Center for Traditional Medicine (CCTM).