Health and wellness professionals who understand the difference between Gram-positive and Gram-negative bacteria are better equipped to interpret and utilize high-quality essential oil and herbal medicine research. After all, one of the best ways to fight Gram-positive and Gram-negative bacterial outbreaks is to prevent them from occurring in the first place!

Have you ever wondered what the difference is between Gram-positive and Gram-negative bacteria? Do these terms confuse you?

Picture a bulletproof vest or a thin chain mail shirt worn by ancient soldiers. If you can do this, you can understand the natural health implications of Gram-negative bacteria.

By comparison, have you ever seen a thick wooden fence surrounding a yard or a thick dry walled partition inside a house? If so, then you can understand the natural health implications of Gram-positive bacteria.

The key to understanding these differences is in the protective membrane, or outer covering, surrounding these bacterial organisms. 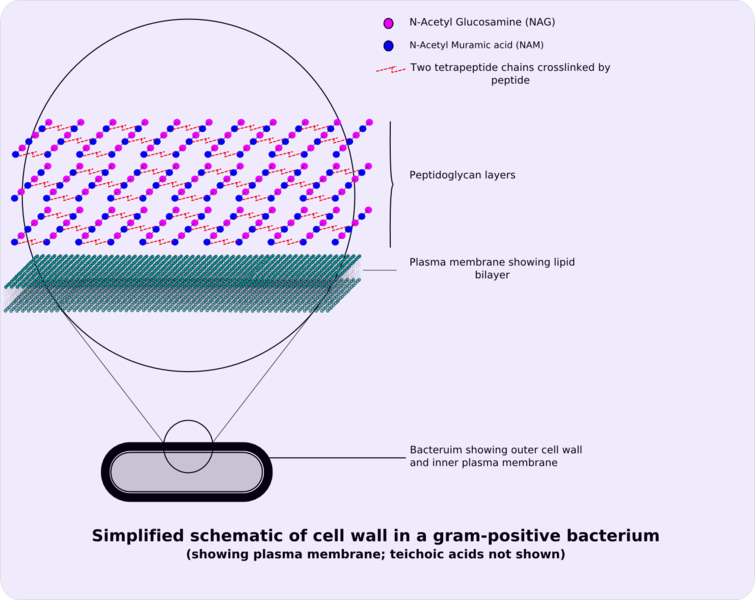 What do natural health professionals need to know about Gram-negative bacteria?

What do natural health professionals need to know about Gram-positive bacteria?

Gram-positive bacteria have a greater volume of peptidoglycan (a polymer of amino acids and sugars that create the cell wall of all bacteria in their cell membranes), which is what makes the thick outer covering. This thick outer covering, or membrane, is capable of absorbing a lot of foreign material.

How do Gram-negative and Gram-positive bacteria influence bacterial evolution and natural health?

Remember, a bulletproof vest is very thin, while a heavy wood fence or a drywalled partition is quite thick. If someone used a common gun and shot a slug at the bulletproof vest, it would probably not penetrate or go through it. The bulletproof vest is difficult to penetrate with powerful weapons. Thus, in this analogy, our Gram-negative bacteria (the person wearing the bulletproof vest) would likely be unharmed. However, if someone shot a bullet at a thick wooden fence, or shot through a drywalled barrier in a room, the projectile would probably penetrate these surfaces and blast completely through. A damaging hole would be created in the drywall or wooden structure, Gram-positive bacteria in this analogy.

Remember, too, that thick fences and drywall can absorb material such as sand, dirt, dust, paint, water, mold, etc. They can rot, crack, weaken, become mushy, and eventually peel away and become brittle. Comparatively, thin bulletproof vests do not easily absorb dirt, dust, sand, mold, or water. They do not rot or attract fungus. They also do not fracture, become schmaltzy, or break. Thus, the thick fence and house walls (Gram-positive bacteria) are capable of absorbing more matter, whereas the thin, protective martial barriers do not absorb stray particulates (Gram-negative bacteria).

If you want to penetrate these surfaces, then you must employ different strategies. This is the same principle applied by pharmacologists, who use different drug tactics to pierce the membrane of dissimilar bacteria.

Thus, with these analogies, you can quite easily see why some of the “big gun” antibiotics, which work well for serious infections like staph or strep, may have little effect on plaguing Gram-negative bacterium eruptions, such as a cholera outbreak or a mass gonorrheal epidemic. The fire-hose or shotgun-bullet antibiotics, which easily damage Gram-positive bacterial membranes, are often unable to blast through or weaken the protective coverings found on Gram-negative bacterium.

Have you ever wondered about bacterial evolution and why certain antibiotics, which were once effective, suddenly become impotent and powerless?

To understand this phenomenon, consider the example of fireproof drywall. Years ago, fire could easily burn down a room in a house. Today, fireproof chemicals in drywall have made it much more difficult for an intense heat blast to weaken these fortifications.

Likewise, mold-resistant fence wood and water-resistant bathroom drywall have made it much more difficult for these structures to be damaged by rot, moisture, and mildew. Drywall, fences, and insulation have evolved to withstand certain forces that were previously damaging. Moreover, there are even bulletproof walls and lead-lined walls, which are designed to withstand the lethal force of guns, radiation, and bombs.

Accordingly, bacteria have often evolved in a similar style. Bacterium with certain protective mutations often survive the onslaught of antibiotics, and then subsequently reproduce offspring with these same defensive characteristics. Thus, an individual or a population can experience an outbreak of super bacteria that are more “fireproof," “mold proof,” and “bulletproof” to antibiotics.

Therefore, there is a great need to educate people about the benefits of adopting a healthy, holistic lifestyle. A holistic health lifestyle can include modifications like consuming organic fruits and vegetables, choosing proper herbal and nutritional supplements, and regular exercise. These practices can increase the body’s natural immunities and help people to resist illness without relying on antibiotics. One of the best ways to fight Gram-positive and Gram-negative bacterial outbreaks is to prevent them from occurring in the first place!

Are you inspired to learn more about the structure and function of the human body, including natural immunity? Or maybe your goal is to take health and wellness courses so you can coach others about how to make smart lifestyle choices. ACHS has several accredited, online programs in holistic nutrition, wellness coaching, herbal medicine, aromatherapy, and more. 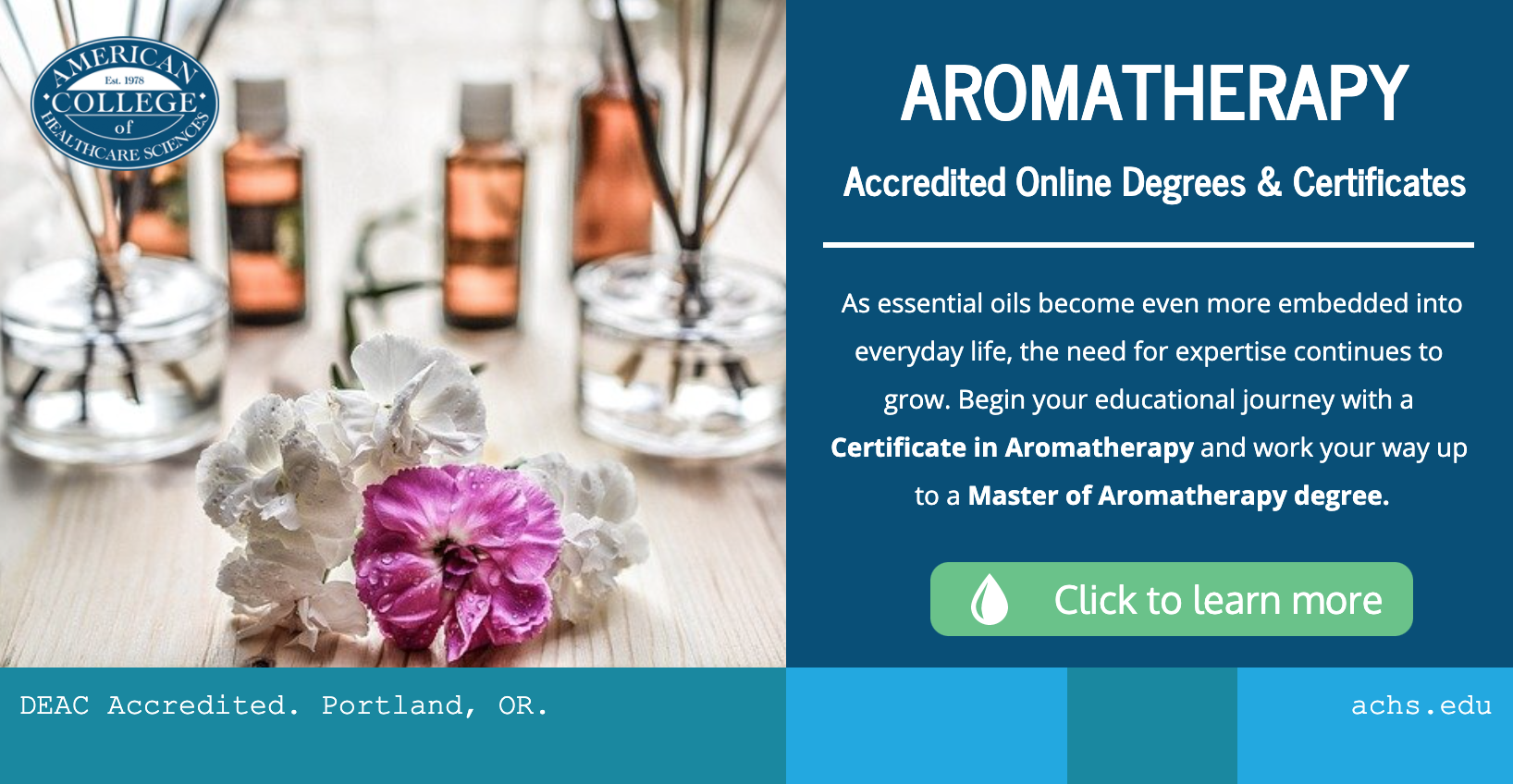 Disclosure of Material Connection: All opinions are my own. This blog may contain affiliate links. I am disclosing this in accordance with the Federal Trade Commission’s 16 CFR, Part 255: “Guides Concerning the Use of Endorsements and Testimonials in Advertising.

Editor's Note: This blog post was originally published in April 2013 and has been updated for accuracy. (March 2018)