Do You Need a BS to take the MS in CAM? | achs.edu 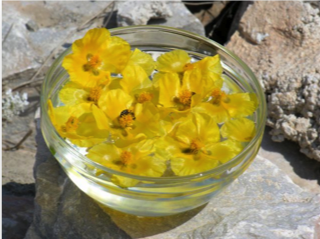 There is significant evidence that students with a bachelor’s of arts degree have a good probability of success in graduate science courses such as anatomy/physiology, chemistry and other similar courses, which are part of our Master of Science curriculum in the Complementary and Alternative Medicine program at the American College of Healthcare Sciences.  Furthermore, additional evidence suggests that a variety of factors, most notably good social relationship skills, result in high practitioner success after graduation.

The American Medical Association conducted an in-depth investigation and analysis, to help determine those factors that are most associated with patients feeling disgruntled and unsatisfied with their respective physician, and to also find those factors that are predictive of malpractice lawsuits (Hickson et al., 2002).  A lack of kindness coupled with impolite and discourteous behavior, were among those factors that predicted lawsuits (Hickson et al., 2002). Additionally, failing to follow up by phone and being a poor listener were also shown to be associated with those providers who experienced the most patient lawsuits and the most patient complaints due to lack of satisfaction with service (Hickson et al., 2002). Thus, there is a need for practitioners who posses a deep understanding of social manners, human relations and psychology, and can apply these in a clinical setting.

In addition to needing a strong grasp of people skills and interpersonal connection abilities, there is evidence that attaining a high science and/or math-based score on standardized graduate school admission exams may not be a strong predictor of actual academic performance in the graduate program (Orlando, 2005). The student’s grade point average in his or her bachelor of art’s degree may be the best indicator of the ability to thrive in a graduate program like the CAM Master’s degree at ACHS (Monahan, 1991).  Yale University concluded that the scores on the GRE, a  very common graduate school admission exam used by thousands of colleges and universities, was extremely low and even in some instances demonstrated an inverse correlation, for predicting the success of students in graduate psychology programs (Sternberg & Williams, 1997). Regarding master’s degree programs in science fields, another institution, Bowling Green State University, concluded that the learner’s bachelor’s degree grade-point average was a much stronger measure for forecasting their academic success than scores on the GRE exam (Onasch, 1994). Social work graduate degree programs also showed similar results at the University of Texas, with their experts determining that the GRE score should be abandoned and instead the best factors for determining a student’s chance of academic success were their experience in the workplace along with whether they finished their bachelor’s degree (Milner, McNeil & King, 1984).

In 2011, an extensive study of the factors that predicted success in nurse anesthesia programs was published, indicating the best predictors were a group of factors including the previous grade point average, not just science GRE scores alone, along with strong suggestions that other non-academic measures should also be included in the admission decision (Burns, 2011).  Further evidence suggested that the most valid test score for predicting success in a graduate degree in Biomedical Informatics program was just the verbal portion of the GRE test, which only assesses reading comprehension and language, but not science, analysis or mathematics aptitudes (Willcockson, Johnson, Hersh & Bernstam, 2009). The other significant predictor was the learner’s undergraduate grade point average, which increased the student’s chances of not being successful by ten and a half times (10.5) with each single-point decline in the overall GPA (Willcockson, Johnson, Hersh & Bernstam, 2009). It should be noted that this study analyzed a large number of students from both the University of Texas School of Health Information Sciences at Houston, and the Oregon Health and Science University Department of Medical Informatics and Clinical Epidemiology (Willcockson, Johnson, Hersh & Bernstam, 2009). Finally, researchers examining 55 graduate programs in athletic training found that GRE scores in all measures of quantitative, verbal and analytic ability were insignificant predictors of success in these programs, and the only strong factor that predicted academic success in graduate athletic training programs was the learner’s prior grade point average (Keskula, Samarone & Perrin, 1995).

While ACHS certainly welcomes students with a science background into our graduate programs, providing they meet the admission criteria, we also find strong evidence for admitting those students with a bachelor of arts degree who have a good grade point average. Strong evidence suggests that these students have a high probability of success, and this has also been our personal experience here at the college. The Master of Science program at ACHS has coursework elements similar to the nurse anesthesia, biomedical informatics, athletic training, psychology and social work graduate programs cited earlier. Each of these programs has demonstrated that a strong quantitative math and science background is not necessary for academic success in the program. Furthermore, like the American Medical Association, ACHS places very high value on training graduates who are empathetic, socially pleasurable, nurturing, gentle and kind. We desire our graduates to be ethical and respected healers in their communities. To this end, we seek potential students from a variety of backgrounds and value their unique perspectives in both the liberal arts and the sciences.

A kiwi and a recovering lawyer with a sassy sense of humor, Erika Yigzaw received her Primal Blueprint Expert Certification and developed a love for all things primal/paleo (especially dark chocolate!). She is a social media queen, lavender farmer, juicing junkie, kale pusher, beekeeper, and is just a wee bit obsessed with holistic nutrition. Her goal is to live green, making lifestyle and career choices that support sustainable health-conscious companies.