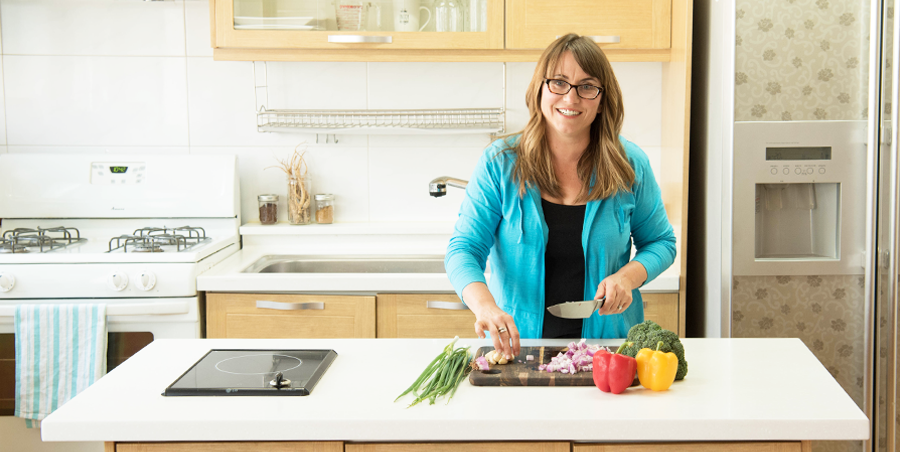 American College of Healthcare Sciences (ACHS) graduate, Army veteran and spouse,  Pam Chavez, discovered how her food choices played a vital role in her physical and mental health when she began drinking one green smoothie daily.  Her journey toward eating nutritional food led her to not only feeling better but after suffering several miscarriages resulted in giving birth to three healthy sons.

While the family was stationed in Korea, Chavez visited the large, local food markets where she found flavorful, fresh wonderful produce.  She learned to communicate with the vendors and experimented with the various items of produce that she was discovering.  She worked with the local people to make kimchi, a staple food for Korean families used to promote wellness.

“I began experimenting with the food I found, challenged myself to figure out how to prepare it, and began taking other military wives to the market so they can learn how to purchase fresh  food.  I then provided recipes and ideas about how to prepare it. That was the beginning of my passion and my business.”

Chavez completed ACHS’s Certificate in Nutrition Consulting course while stationed overseas and learned the science behind the anecdotal success she experienced. “I love it that ACHS is a military friendly institution, ACHS makes it easy for U.S. Armed Forces service members, military spouses, and veterans to maximize their education benefits and invest in their future with career training in holistic health. Because of ACHS I discover my passion,” says Chavez.

Chavez says, “Unlike other distance learning platforms I researched, ACHS’s course included a requirement to create a business plan. Once I completed the business course, I knew I could use it to start my own business.”

As a medic in the military, Army wife and mother, she knows first-hand how stress affects the body and describes stress as "fast food on the body. What she learned at ACHS about proper nutrition and supporting herself holistically opened the door to a new world.

Chavez and her family are currently stationed at Fort Riley, Kansas.  She continues to teach and support her community with a special focus on supporting military spouses. “I believe that I can best help alleviate stress and promote the health of our military members and their families by providing education about nutrition that supports them both emotionally and physically”

ACHS serves students across the US and around the world in programs including graduate and undergraduate degrees, diplomas, career-training certificates and continuing education courses in integrative medicine fields.  Follow your passion and dreams. For more information go to www.achs.edu  Register by November 30, 2018 for Spring classes https://contact.achs.edu/apply-to-achs-today